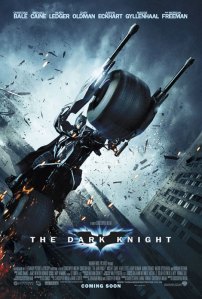 It’s been three summers since we’ve seen the cape & cowl last flashed across the silver screen & the anticipation is killing us. With his new toys and exceptional lead actors, Such as Maggie Gyllenhaal (as Rachel Dawes thanks to her we won’t see any Dawson’s Freak acting here), Heath Ledger (with his last extra ordinary performance as the Joker), Aaron Eckhart (Harvey Dent/2-Face) action junkies and fan boys will get to Action in the old fashion way (with a lot of laughs). While the Dark Night crossing the line between Hero and Vigilante.

oh ahh… Thanks to Christopher Nolan for taking away those rubber nipples.. cheers!

PG-13 for intense sequences of violence and some menace 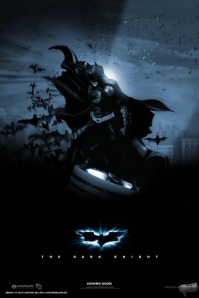 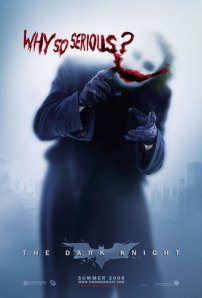